On this January 1, I came to find myself serving the Haitian Independence Day soup (known as “soup joumou”) to my Italian-/French-/Scottish-/Irish-American family. You see, this New Year’s, I am staying at my parents’ home in Rhode Island while my husband attends a law enforcement academy in Georgia. For these past three New Year’s, I have made my greatest attempts to come as close to the delicious Haitian soup as possible (knowing full well that it tastes nowhere near close to the real thing!). But for the first two years, it was prepared just for myself and my husband while we lived in Southwest Texas.

While making soup joumou is still a new tradition for me, it was very important for me to continue this tradition in Rhode Island, and to share it with my immediate family. It is my belief that when you partner with or marry another person, you should immerse yourself in their culture and traditions, and should be open to sharing your cultures and traditions with them. Having a greater understanding and appreciation for those things means that you have a deeper understanding and appreciation for who your partner is.

Now, I’m certainly not trying to say I’m an expert in Haitian culture, but I do love to learn more about it! In fact, after learning the story behind why Haitians eat soup joumou every January 1 (their Independence Day), I have to say – it’s one of the most badass traditions I’ve ever heard of! To commemorate the first successful slave rebellion by eating the soup that the slaves used to have to serve to their slave-masters?? I can’t think of a more befitting way to celebrate the independence of the Haitian people, and to keep that rebellious and resilient spirit alive! 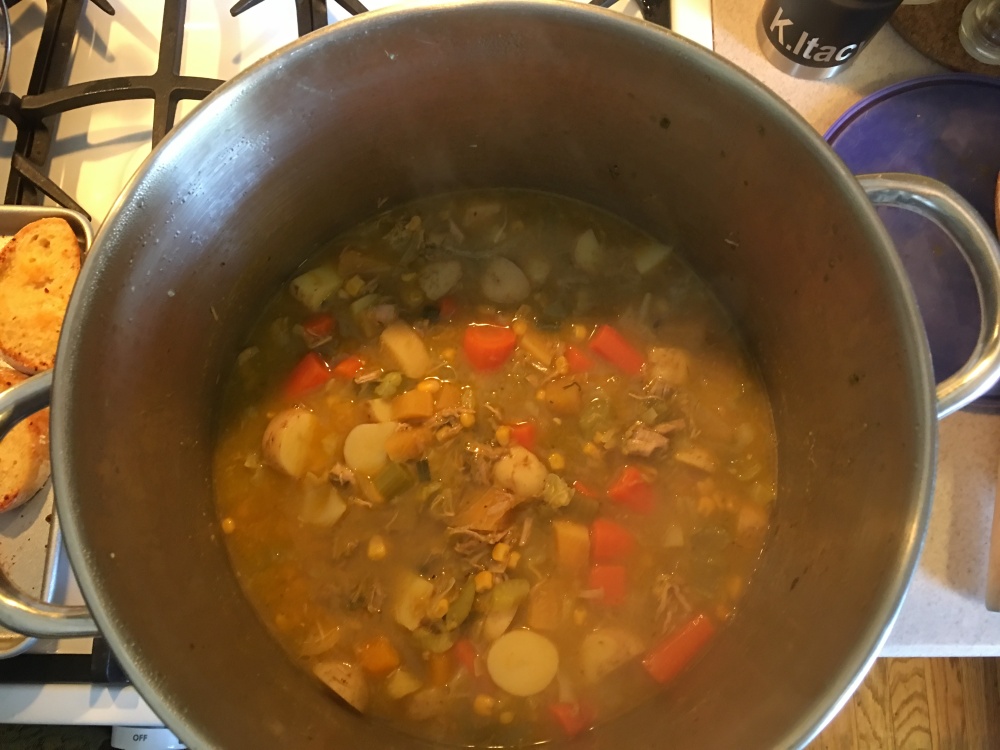 Preparing to make the soup joumou takes about two-to-three days, and the actual cooking process takes about two-to-three hours. During this time, I reflected upon the last year, considered what’s in store for me in the coming year, and thought about the audacity of me trying to expose my family to some Haitian culture. Who am I to share this story or this tradition? 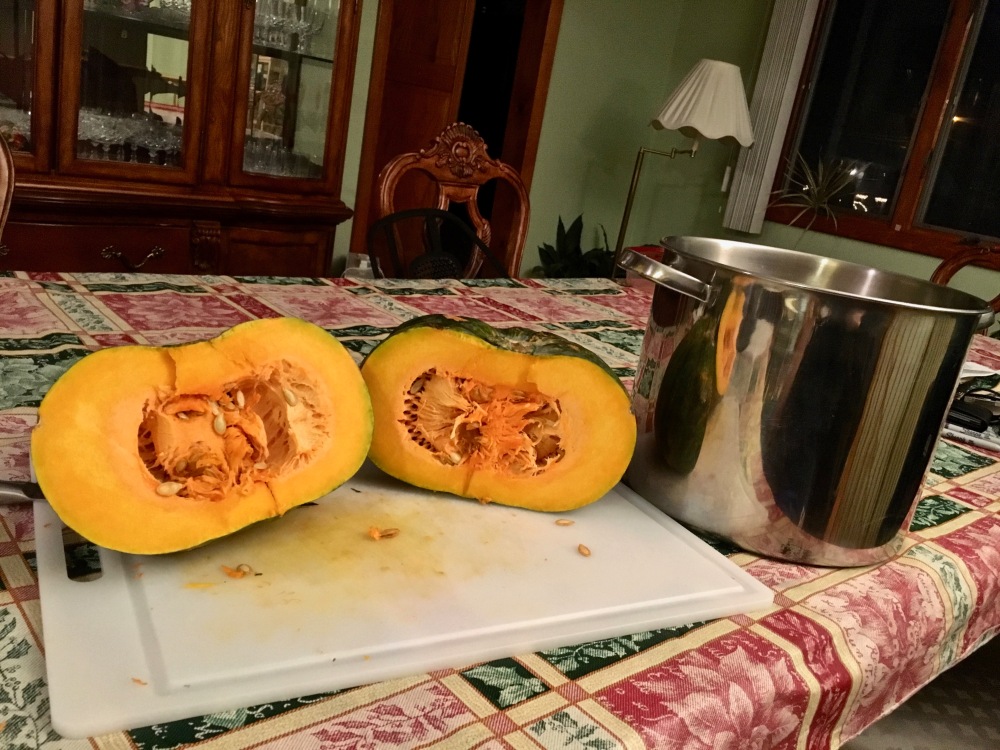 Yes, I am the wife of a Haitian man, and the stepmother to a Haitian-American child; but where do I get off trying to educate others about a culture that is not my own? These questions made me reflect upon the last (almost) three years, and what it has meant to be in an interracial-/intercultural-relationship. My husband and I could not have lived more different lives growing up, and for many things, have such different views and opinions from one another.

That being said, most of our relationship comes really easy to the two of us. We fell in love with one another, and decided to get married. To us, it really didn’t matter that we are of different races. Yes, a white woman married to a black man in America makes certain things more difficult for us. I have gotten used to the occasional black woman giving me the side eye because I am in a relationship with a black man.

Sadly, two of my all-time favorite artists (both of whom are strong, independent black women) have publicly stated their disapproval of black men marrying white women in America. I understand their viewpoint that as black women, who have traditionally toiled and endured in order to support and care for the black men in their lives, feel betrayed and disrespected when their men choose to build lives with women outside of their race. But both my husband and I are of the belief that if you fall in love, the color of your partner’s skin should not stop you from being together. Thankfully, we live in a post-Loving v. Virginia America; but Americans sadly aren’t universally accepting of relationships such as ours.

Sure, interracial-/intercultural-dating or marriage requires some additional education, empathy and understanding than the traditional relationship. And no matter how much I immerse myself in my husband’s culture, I will never fully understand what it was like for him in Haiti; nor will I ever fully understand what it is like for a black man in America (no matter how many African/African-American Studies classes I took in college, or how many Ta-Nehisi Coates or Michelle Alexander books I have since read). Not to mention, you are almost guaranteed to encounter a few ignorant assholes along the way who are anything but fans of your relationship. But if you’re willing to open yourself up to learning more about a segment of the population that you know little-to-nothing about, the relationship can have the extra benefit of making you a more empathetic, culturally-educated person. Talk about a win-win!

So, as my family and I enjoy my version of the soup joumou, I consider myself lucky to have met a man who is so willing to educate me about his traditions and experiences on this earth. Not only is the soup delicious, but it allows me to celebrate who my husband is and where he comes from. Quite a way to start off the new year, don’t you think?

Happy New Year to all of you, my dear friends and readers. I hope to finish writing my book and submit it to publishers by the end of this year. I hope that each of your resolutions come true, and that you all have a safe, happy and healthy new year!