Hi, everyone! I’m back from my surgery, and thankfully, I still have a few of my wits about me!

While the recovery process is still ongoing, and the original pain has returned, I am so thankful that the neurosurgeon was able to remove most of the tumor and untether my spinal cord. Even if none of my other neurological deficits are alleviated, and the pain remains the same as before the surgery, at least the doctor and her team were able to prevent paralysis!

Lately, I’ve been thinking about those of us with chronic pain. It’s so hard to describe sometimes, and can be so wildly subjective to the individual. On a scale of 1 to 10, is my 7 a ‘real’ 7? Or is it someone else’s 10? Maybe someone’s 10 is another person’s 4. No one really knows, because you we’ve never been able to objectively quantify someone’s pain. But what if we could?

My husband has often told me that he would take the pain away from me and feel it himself if only I could be spared from it. In fact, he’s said he’d take away all of my medical conditions from me if he could. Obviously, it’s an incredibly sweet sentiment, but I’d never want him or anyone else to have my disabilities.

But that got me thinking….

The hubby and I also talk a lot about the criminal justice system, as well as the discrimination that persons of color frequently face in America. He’s obviously coming from the viewpoint of law enforcement, but also as a person of color and a legal immigrant into this country. I, of course, have my limited insights as a former criminal defense attorney and civil rights activist, as well as my experiences as the wife of a Haitian male and the step-mother of a Haitian-American male.

We talk about how frustrating it is when individuals offer opinions about the experiences of persons of color in the United States, when those individuals don’t even try to consider what it might be like for a black man or a Latina female, for instance. Being able to understand what another person is experiencing or feeling is the definition of empathy. Often, it’s impossible to fully understand, but we, as people, need to at least try. Otherwise, there’d be no compassion for our fellow human being.

So what if it were possible to put yourself in someone else’s shoes for a short time?

With all those new VR goggles boasting lifelike experiences, I asked the hubby this past weekend: What if someone created a “Day in the Life” VR game to foster greater empathy towards others?? 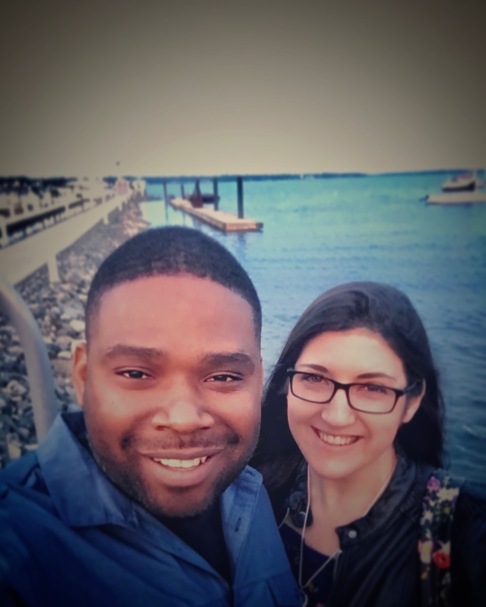 Maybe the user could experience what it’s like for the average black man to be pulled over several times in one day, just because he “fits the description” of a wanted suspect?

What if you could experience what it’s like to be in solitary confinement in prison, or on death row? How about being a day laborer in Southern California during the summertime? Or an undocumented person, traveling through the desert brush with a Coyote smuggler and a group of others trying to illegally enter the country?

How about experiencing, through VR, what it’s like for a police officer to canvass a dangerous neighborhood for an armed robber? Or a soldier on patrol?

What about trying, through VR, to make it through the day as a homeless teen on the streets of New York City? Or being a person in a wheelchair, trying to navigate yourself around a busy college campus? Or a single parent, working two jobs and trying to raise your children alone?

Now, I’m not suggesting that we create a VR game that would create pain or trauma for the user. But wouldn’t we, as a society, get along with each other better if we could better understand the struggles that so many of us endure in our lives? Don’t you think that Congress would benefit from a little more empathy before it proposed and voted on various laws?? That the average person might be a little less judgmental or self-absorbed if they better understood what others go through?

Of course, it’d be very unlikely that people with limited empathy would even want to try the VR game, but wouldn’t it be awesome if they did?

Who knows – maybe future generations could be required to play the game during high school, sort of like having to carry around a robotic baby for a few days to understand what it’d be like to be a teenage parent!

What do you think?? Could a game like this be helpful? Do you think it’d work? That the people with limited empathy would take such a game seriously? If so, what other experiences do you think it would help the user to be exposed to?

I’d love to know what you think!

Maybe I’ll even make it the subject of a future podcast episode! You can learn more about the podcast I co-host with my BFF Nikki by visiting the website here. You can also follow us via Twitter, Facebook, Google+, YouTube, or Tumblr. We always appreciate feedback!

One thought on “Could We Teach Empathy Through VR?”