Well before #NotoriousRBG became a thing, I was a huge Ruth Bader Ginsburg fan.

Not only is she an 85-year-old badass, who is almost certainly more physically fit than I am, but she’s a legal pioneer of all sorts!

In 1963, she was the second woman ever to teach at Rutgers School of Law full-time. Nine years later, she became the very first woman to obtain tenure as a law professor at Cornell. That same year, she co-founded the ACLU’s Women’s Rights Project. In 1993, she became the second female Supreme Court Justice ever (following Sandra Day O’Connor’s nomination in 1981). And for well over a decade, she has been writing fierce, poignant, woke dissents in opinions issued by the now mostly conservative Supreme Court.

She has such an IDGAF attitude, but in such a dignified, informed, intelligent way. A kindred spirit of mine, to be sure! She’s who I aspire to be. She was a ride-or-die for her beloved husband, and was able to handle being a newlywed, a new mommy and a female law student in the predominantly male-attended Harvard Law School, all at the same time! And while serving on the Court with mostly men, she’s managed to stay sharp, poignant and unrelenting, despite the fact that she endured and overcame two different types of cancer!

She also approached her efforts towards gender equity by being incredibly strategic. Justice Ginsburg took the approach of trying to make small, incremental changes, so that the country could catch up with the idea of gender equity/equality before larger legal opinions/proclamations were issued.

But just because Justice Ginsburg took a “slow and steady wins the race” approach doesn’t mean she’s a pushover or has given up on her end goal. One of her most famous (and badass) quotes was in response to the question “When will there be enough women on the Supreme Court?” Her response? “When there are nine” (i.e., when all of the justices are female!).

I’m such a fangirl, I have a RBG tank top, two pins (one with her face and her famous collar, and the other, a pin of the Supreme Court building, with “When there are nine” displayed across it). I also devoured the book, Notorious RBG: The Life and Times of Ruth Bader Ginsburg, and watched one of the first screenings of her documentary, “RBG.”

I never really had any aspiration to be a Supreme Court Justice, but this woman, as a human being, a civil rights activist and a legal mastermind, embodies all that I wish to be. And four years ago, when I was sworn in to the Supreme Court Bar, a mere ten feet or so away from Justice Ginsburg, my heart swelled. Even though I’ll never argue a case before her, the induction somehow made me just a bit closer to my idol!

Thankfully, it’s rumored that she wants to stay on the Court until she’s 90, which will hopefully be in the middle of a more sane, rational, learned and progressive Leader of the Free World’s first presidential term. If wishes make it so, please, please hang in there, RBG! At least until 45 is out and a more inclusive, diverse, respectful, hard-working, humble, well-intentioned and well-informed government is firmly in place! We need you! Like never before!

If you haven’t read Notorious RBG or seen “RBG” yet, please do so, immediately! Whether you’re male, female or gender non-conforming; whether you’re in the legal profession or not; and whatever your political leaning is, you will be inspired by this incredible woman. Hell, she was BFFs with now-deceased Supreme Court Justice Antonin Scalia. The love for this woman is universal, and transcends all. So go forth and bow before The Notorious RBG. We’re all better off for her efforts and for her existence.

Happy Anniversary, Justice Ginsburg!! Here’s to you and your ever-lasting vitality! 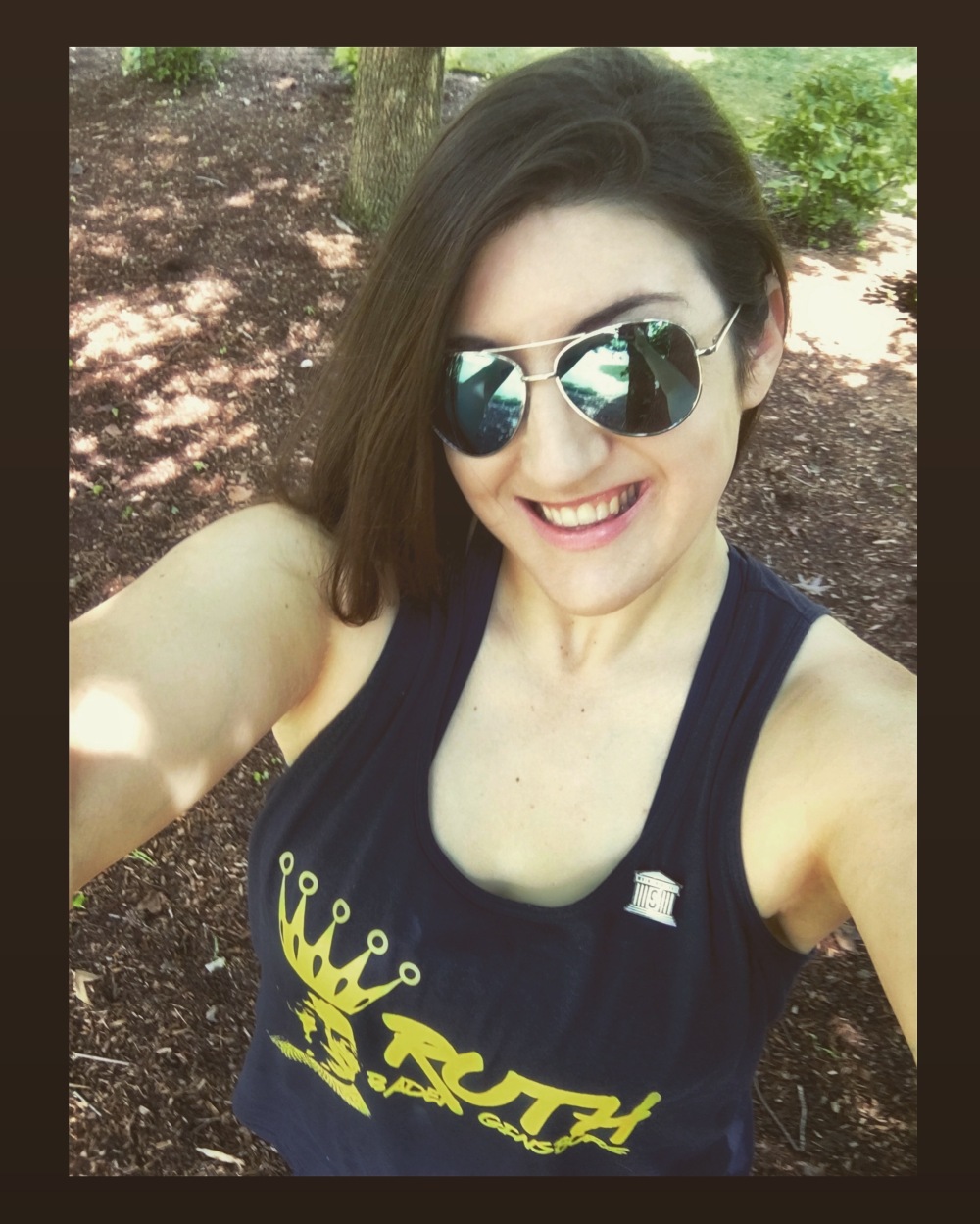